Thanks to a tradition established by her fifth grandpa, King George II of Great Britain (Jorge II), and dating from a ceremony on the battlefield in 1748, Queen Elizabeth II of the United Kingdom, turns twice in the year, and therefore, there is double Celebration in Australia, since Elizabeth is the sovereign monarch of 16 independent states constituted in the kingdom, and Australia is one of them.

Elizabeth Alexandra Mary or (Isabel Alejandra María Windsor in Spanish), was born in London on April 21, 1926, is Queen Elizabeth II (Isabel II), after in the second half of the 16th century, at the time of William Shakespeare, Queen Elizabeth I (Isabel I), also known as the Virgin Queen, will rule.

Elizabeth II or (Isabel II) has reached her 94th birthday, and along with it, she not only becomes the longest-living queen but also erects the longest-running female reign in history. That is why she is the only British Queen who has achieved the so-called Sapphire Jubilee, for turning 65 on the throne.

The time of her reign is very close to that of King Sobhuza II of Swaziland – Africa, who holds the recognition of the longest male reign in the history of humanity, which lasted 82 years and 254 days, and was the one who curiously, in 1968, made his people independent of the territory of the United Kingdom, while Elizabeth II was its Queen.

During the more than 67 years of his stay on the throne, her eyes have seen the global order change several times. The Second World War and the recovery of Europe after that conflict, the fall of the British Empire and the independence of half of its kingdoms, the fall of the Berlin Wall, the formation of the European Union, the passage of more than 15 American Presidents, the conflicts in Asia and the Middle East and the arrival of the Fourth Industrial Revolution thanks to the digital age, are events that she has been able to observe first hand.

Elizabeth (Isabel) is very loved in Australia, her spontaneous walks to mix affectionately with people and greet without protocol, gave her credit for this great appreciation. So on a Saturday in June, usually the second, the Queen’s birthday is celebrated through a military parade called the Banner Parade or “Trooping the Colour,” referring to the colours of the British flag.

In honour of her birthday, I will mention other curious facts that you surely did not know about the Queen:

As you can see, the Queen is very peculiar, her stories are countless and in honour of her, many of us count them with total pleasure…

If you know more interesting facts about Queen Elizabeth II, leave them in the comments, and wish her a happy birthday!

Next article Perfect Occasion To Wear An Emerald 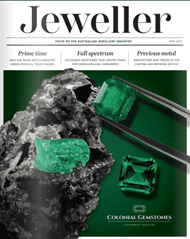 Should I Travel To Colombia To Obtain A High Quality Emerald?

5 reasons why emeralds are the perfect gemstone for Jewellery Designs

best comparison of Colombian emeralds vs. emeralds from Zambia and Brazil